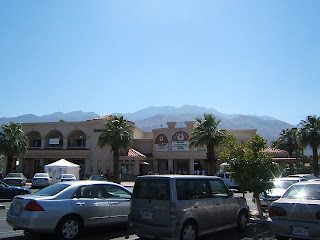 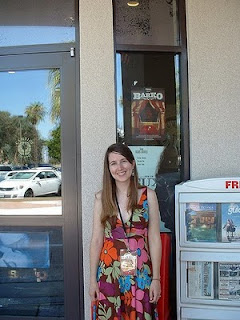 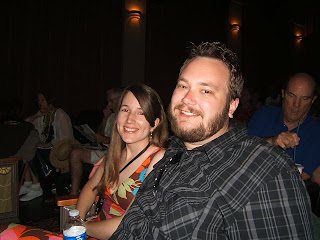 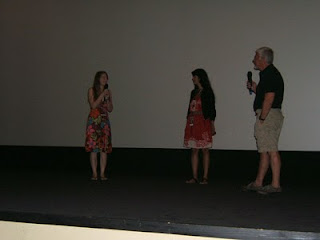 Thought I'd post some pics from the Palm Springs Shortfest (Barko's world premiere). It screened on Thursday, June 24th with a group of other animated shorts, and then again the following Monday with the Best of the Fest program. (I saw later on the website that based on audience vote, Barko was #3 out of 35 animated films)! Josh, his parents, and I had a great experience and a nice little vacation to boot. (Although it was 108 degrees. YOWZA). It was the first time I got to see Barko on the big screen which was pretty crazy. And the audience reacted really well! Laughing, awwwwing, gasping in all the right moments. Lots of other good films in the bunch as well. I have a soft spot for David OReilly's Please Say Something. Freakin genius! Afterwards, introverted me had to get up and do a Q&A with one other director that was there. Luckily the nerves went away once I was up there, and no one asked me anything impossible to answer. :) Thanks again Titmouse and all the Titmice helper peoples!
Posted by Allison at 9:54 PM

congrats, it must be really awesome after all that work you put through, something i have to experience someday making a pro short film.

Yay! Proud of you! And how exciting to be picked as one of the best for the second showing! Way to go.

hope you are well.

Allison
I'm currently working as an animator at Titmouse. Just trying to keep up with everything in animation going on these days and still get in some video game play at the same time. All work ©Allison Craig 2014